504ZXX was a youth model of the zippered version of 501XX, specifically the 27 to 29 inch zippered version with 504Z part number.The 501ZXX, a zippered version of the 501XX, is said to have been born in 1954, while the 504ZXX seems to have been in production since 1952. This one is a "double-sided tab" model with leather patches and red tabs embroidered on both sides, but has details dating back to the early 50's, such as (1)no trademarked ○R or ★ mark on the flasher, (2)no offset belt loop on the center belt loop, and (3)long side stitching as in the days of single-sided tabs.The red tab is said to have been registered as a trademark in 1953, the transition from single-sided tabs to double-sided tabs was around 1953, and the transition to offset belt loops was around 1954-5, so the one shown here may be from around 1953.(However, as described later, the guarantee ticket is marked "FOR OVER 85 YEARS", so it is difficult to determine the date of manufacture.) 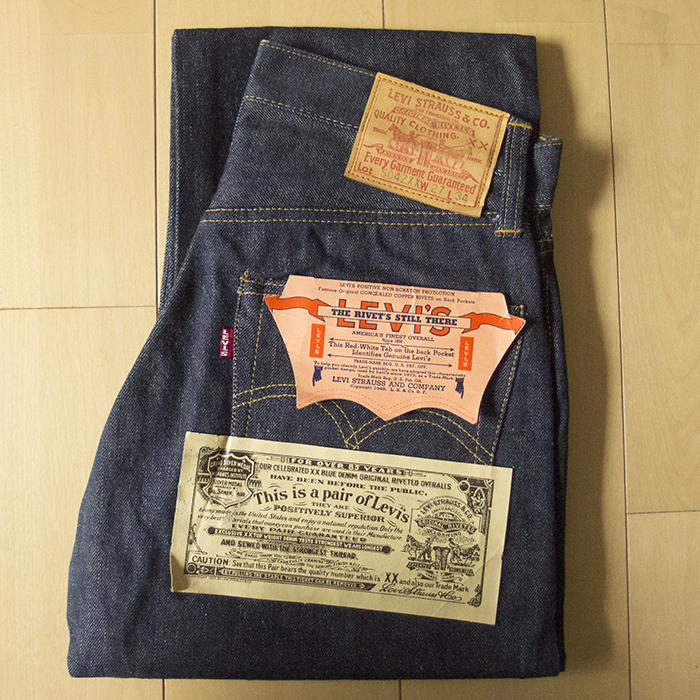 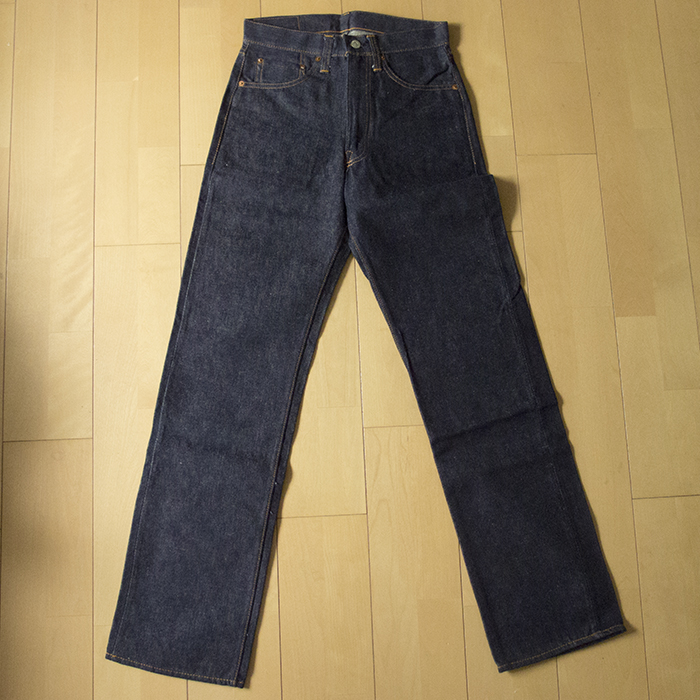 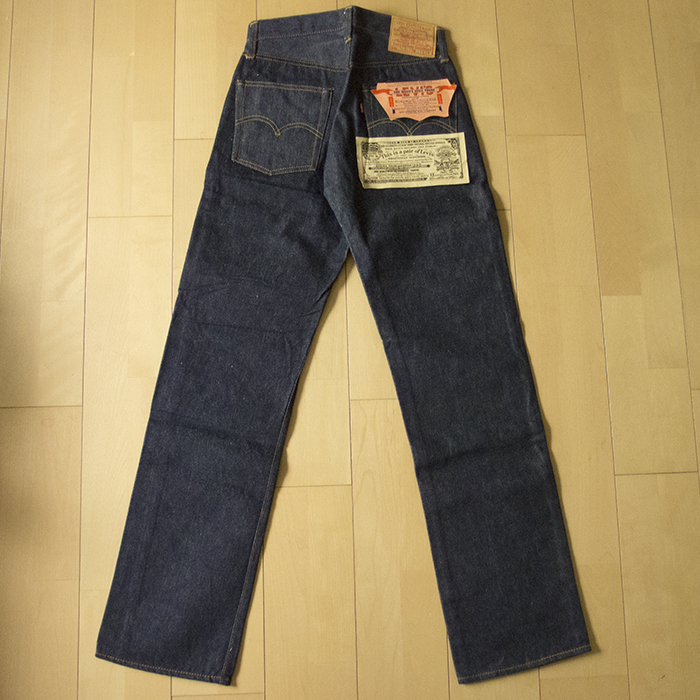 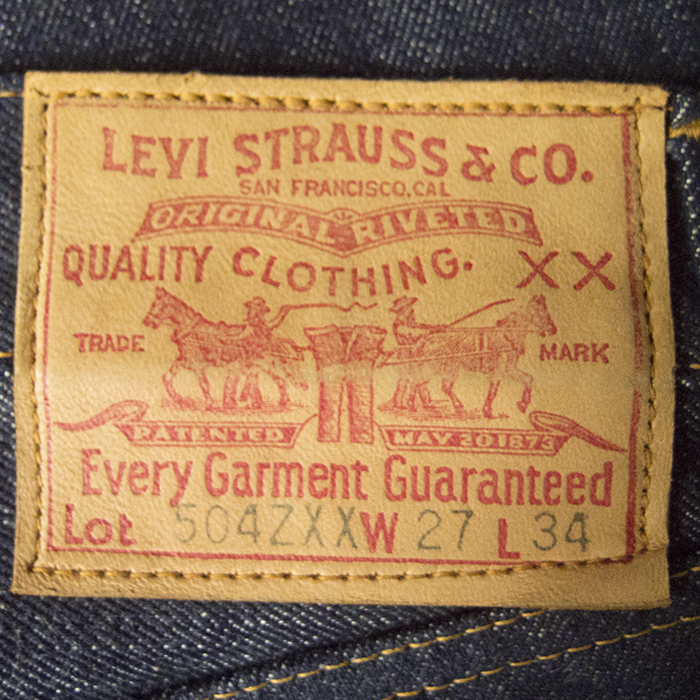 It remains in a clean condition and has not been cured. 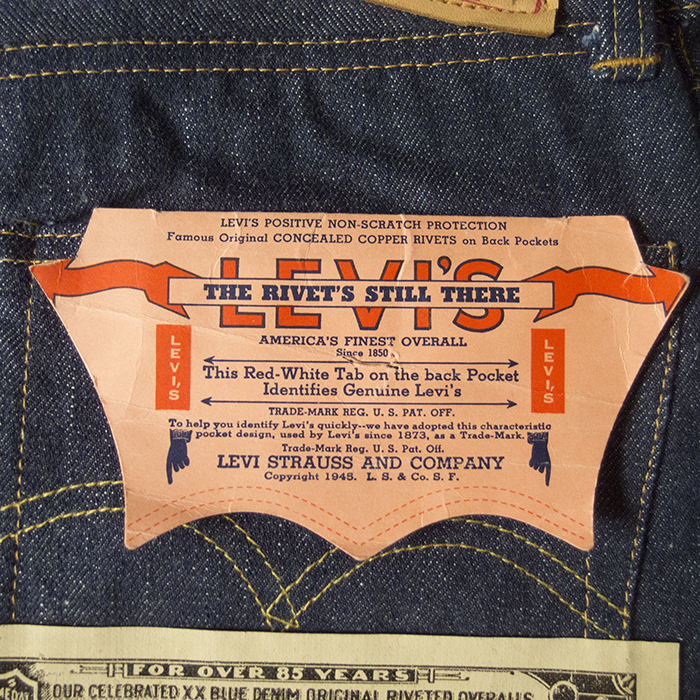 Above the LEVI'S logo, "THE RIVET'S STILL THERE" is written about the hidden bed. The other 504ZXX leather patch model and the paper patch model, which is considered to be of a relatively older model year, have the LEVI'S logo with a ○R or an asterisk in the upper right hand corner, but this flasher does not have them. Since the red tab is a double-sided tab and is post-trademarked, we speculate that a stock flasher printed before the trademark was acquired may have been used. On the long arrow in the middle, "America's Finest Overall Since 1850" is written. 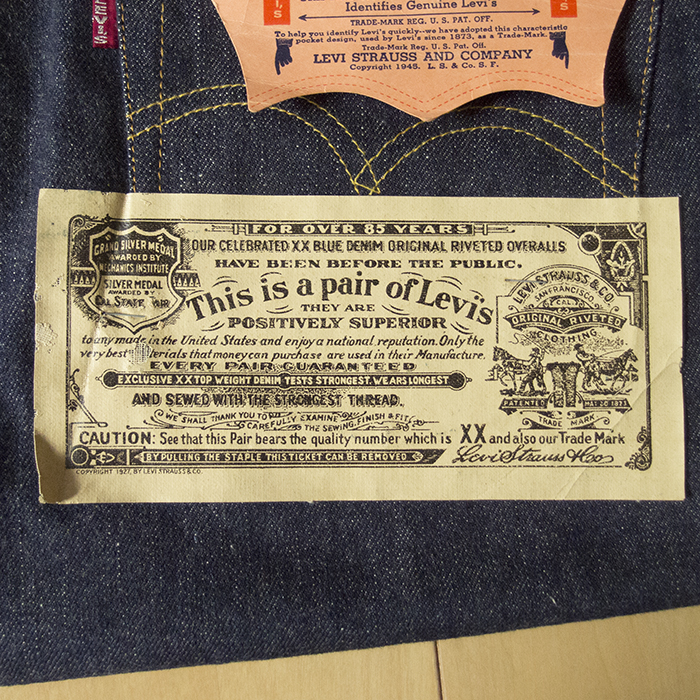 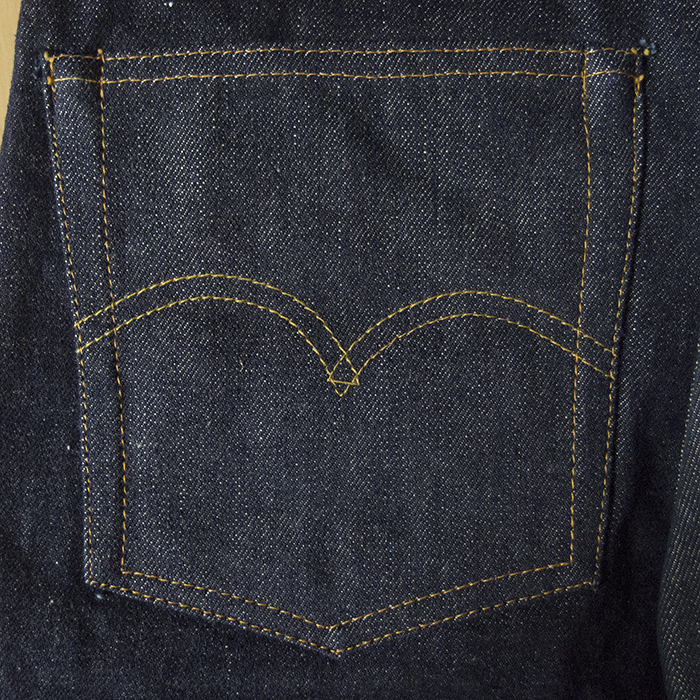 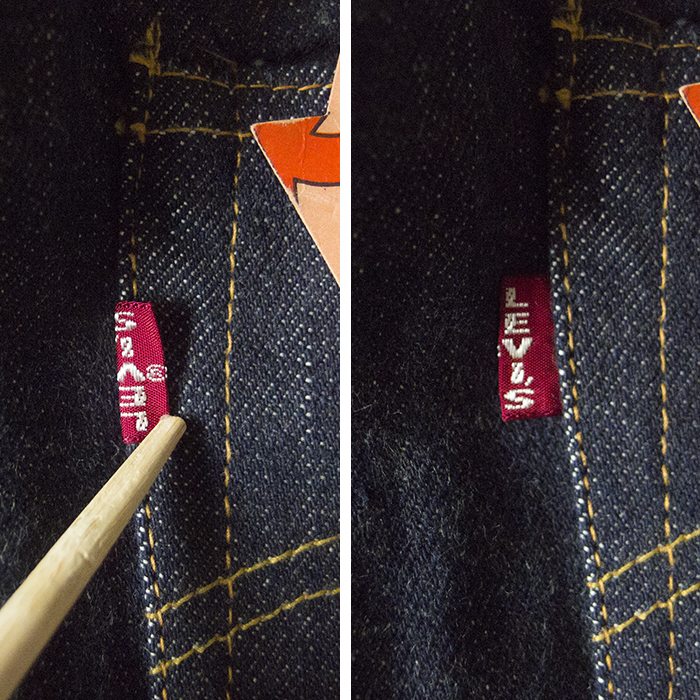 It is a double-sided tab with embroidery on both sides, with the "○R" in it due to the trademark registration of the red tab in 1953." The letter "V" is equal to "V". 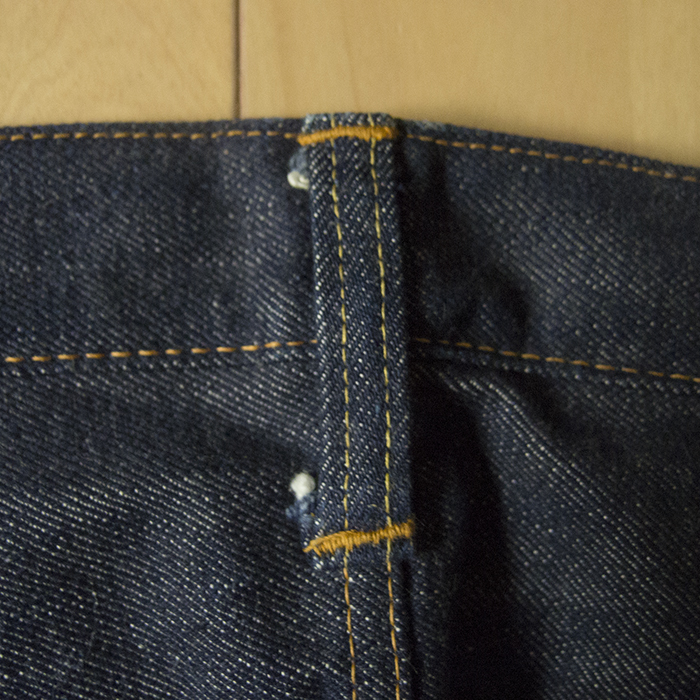 The belt loop is attached to the rear middle seam and not the so-called offset belt loop, which is one reason to speculate that it may be from around 1953. The width of the belt loop is a moderate thickness of 0.47 inch(1.2cm). 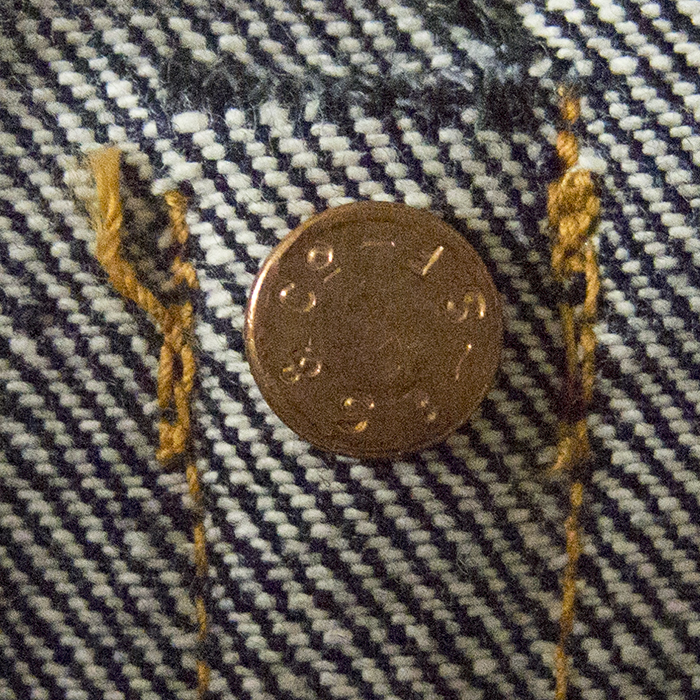 Magnet reactive, plated iron. There is no engraving of the factory number. There are some faint scratches that may have been caused by hammering in.

Magnet reactive, plated iron. It is flat throughout and slightly bulging in the center. 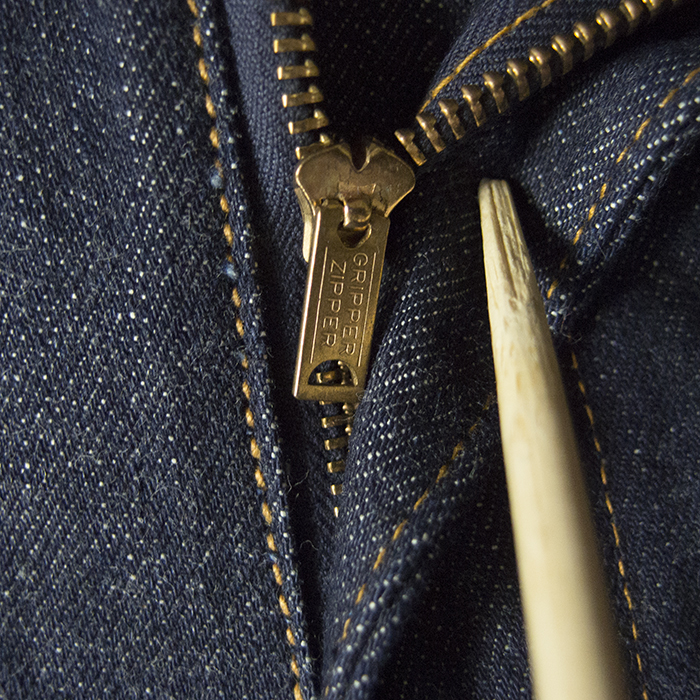 The GRIPPER ZIPPER is used. 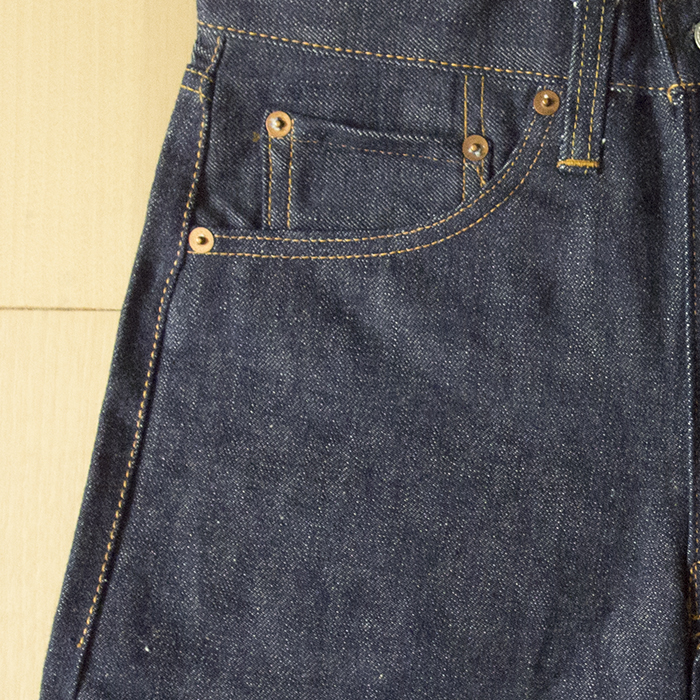 Quite a bit of side stitching as in early to mid 1sided tabs models. 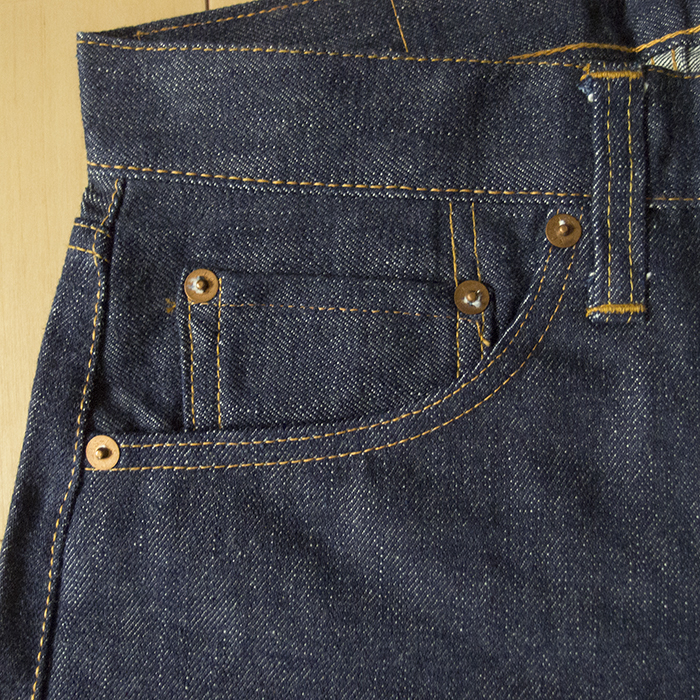 The fabric for the selvedge is used. Both the coin pocket and the cloth are used on the side. 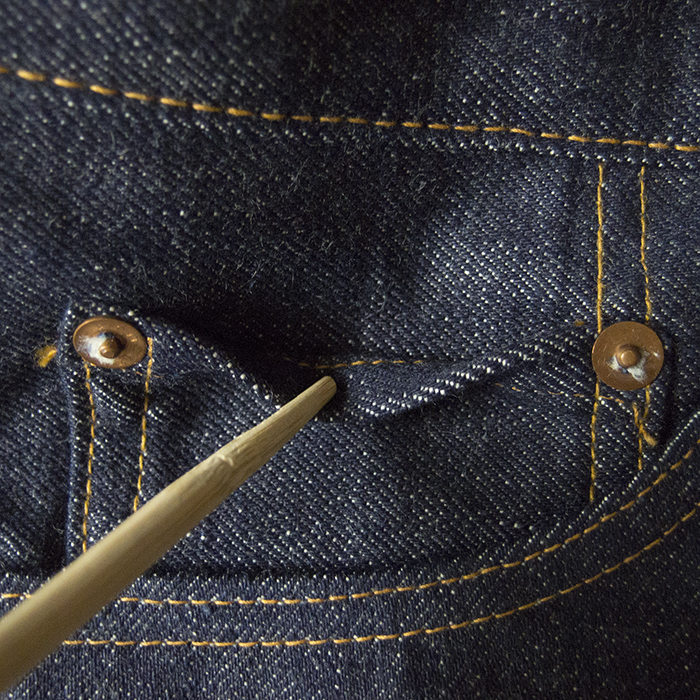 The selvedge part is not used. The stitch is a single stitch. 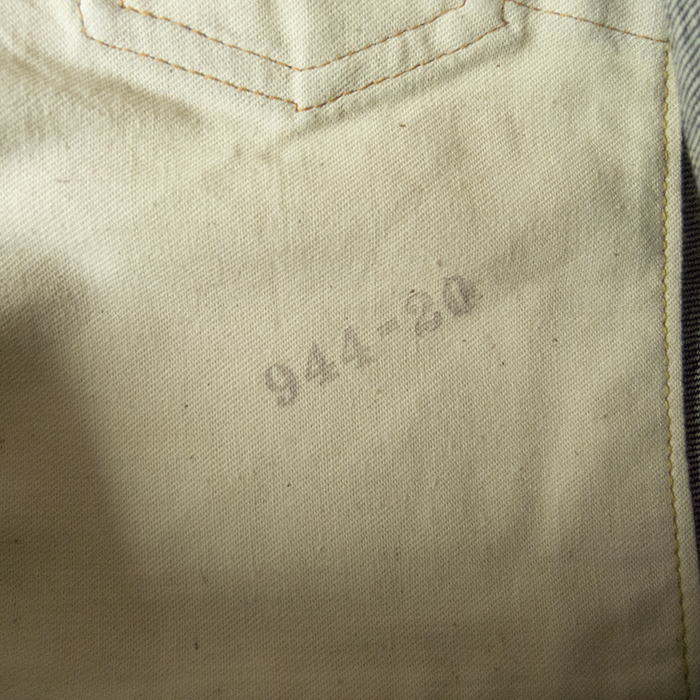 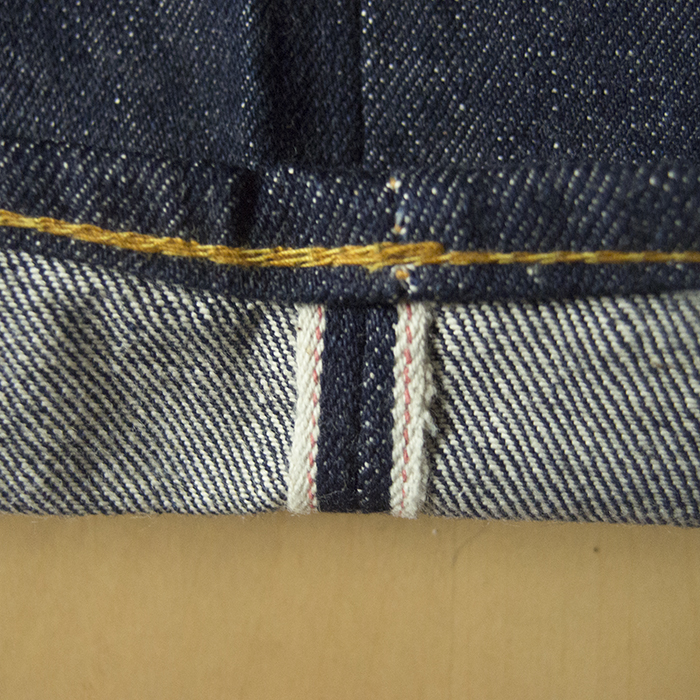 A little orangey-pink ears. The hem is chain stitched in orange front and yellow back. 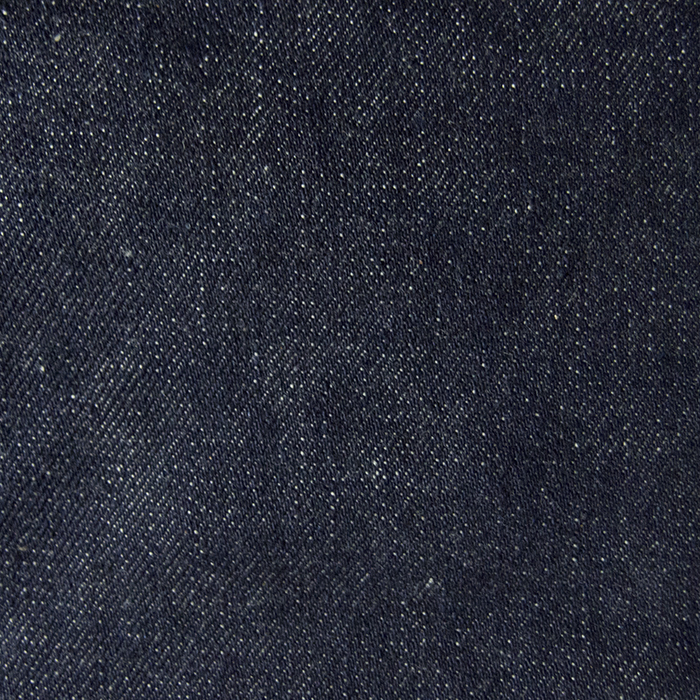 Dark blue fabric with a slight blackish tinge. The smell of the glue remains strong. Overall, the sense of slabbing is a little stronger. Some neps are scattered in some areas.