This is a 501XX boys' youth model, which is from the paper patch period without "EVERY GARMENT GUARANTEED" printed on the paper patch. The belt loop at the center of the back is staggered (offset belt loop), so it is assumed to be made around 1963-64. Dead stock with flasher and guaranty ticket. 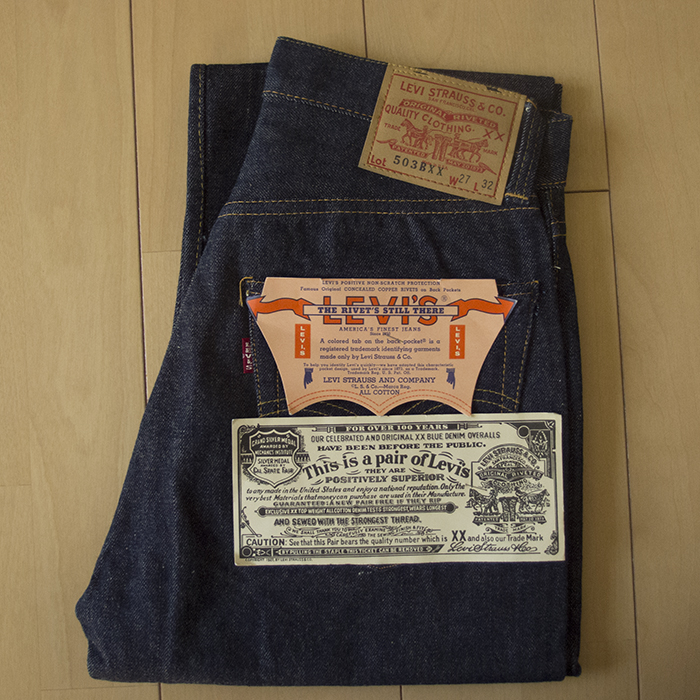 Dead stock that comes with both the flasher guarantee ticket. 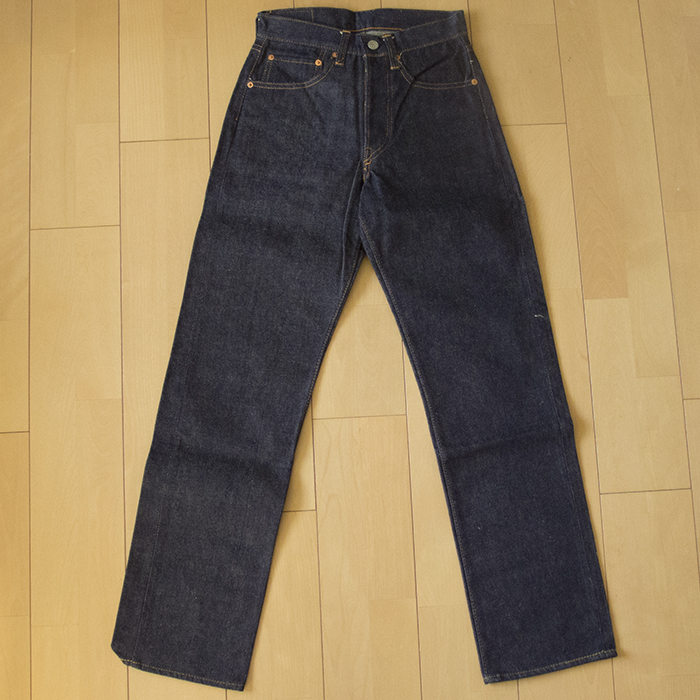 It seems to taper slightly towards the hem compared to the one with papar patch with "EVERY GARMENT GUARANTEED", but it's not much different. 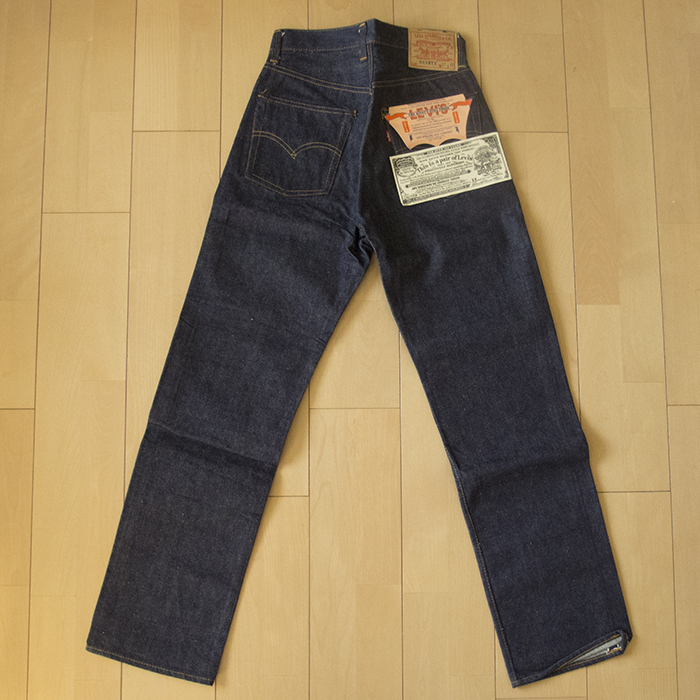 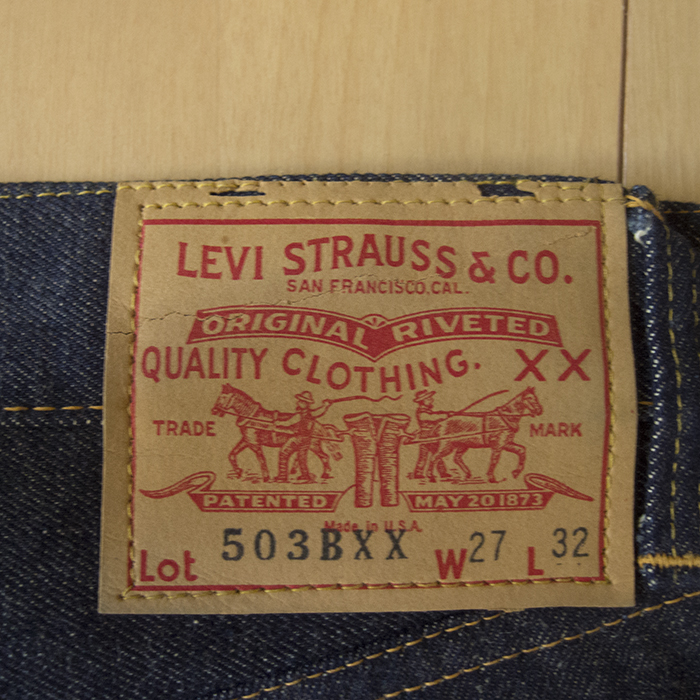 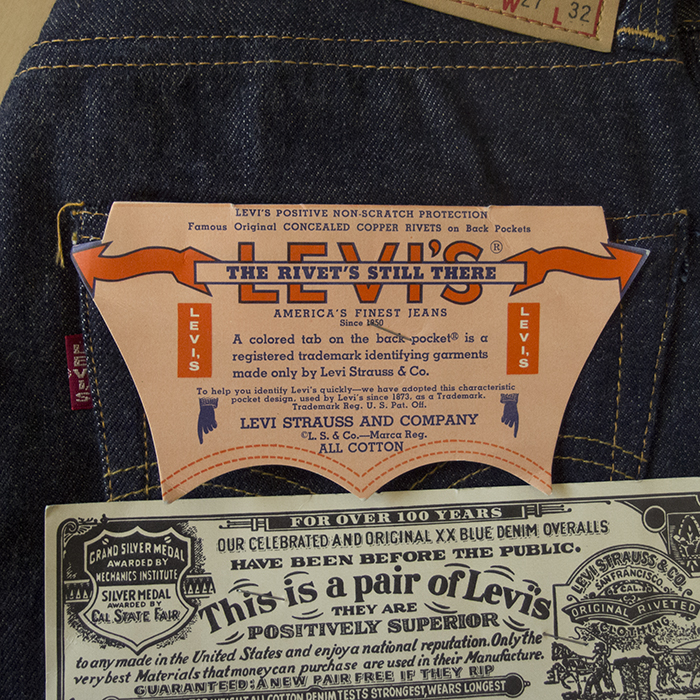 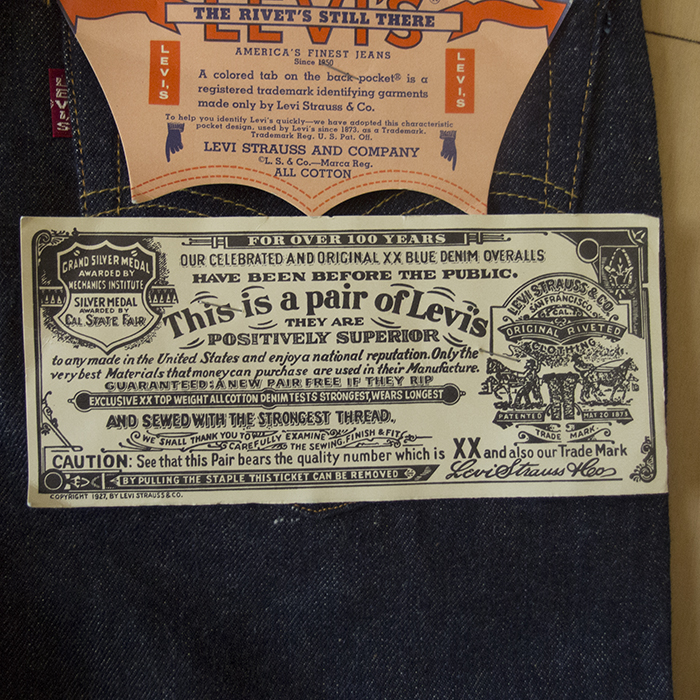 A paper guaranty ticket." Notation of "FOR OVER 100 YEARS". As for the warranty, it is stated that "GUARANTEED: A NEW PAIR FREE IF THEY RIP", and the contents of the warranty are more clear. The copyright notation at the bottom left remains as of 1927. 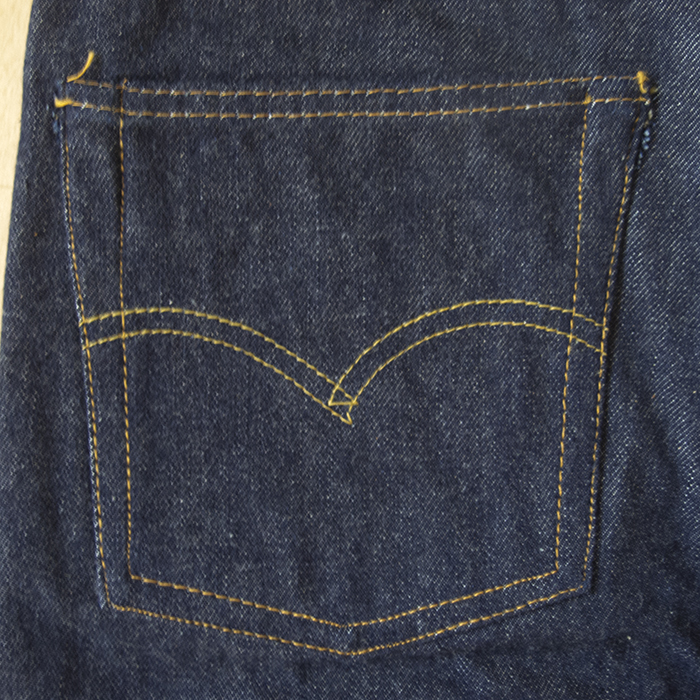 Near-square-shaped back pocket. The angle of the arcuate is not very deep, and the shape is slightly uneven on the left and right. 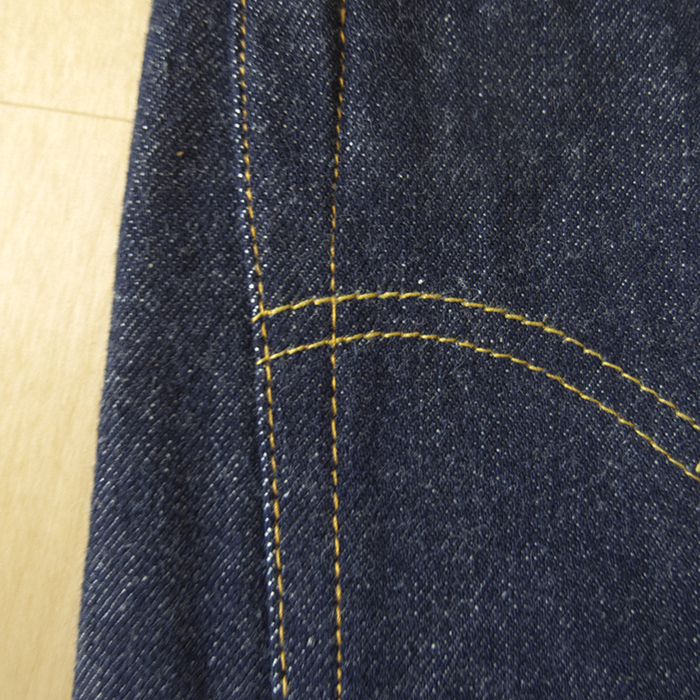 Only arcuate stitchings is in yellow at the back pockets. 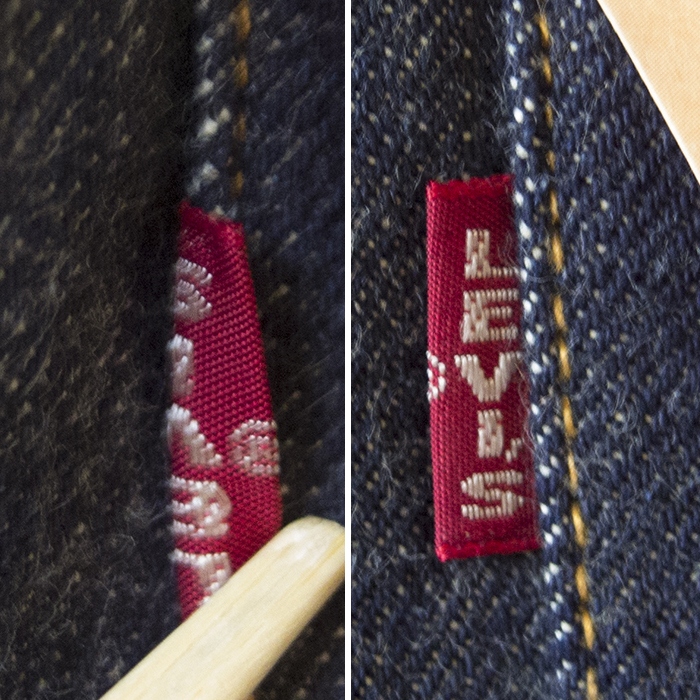 With double-sided tabs, be evenly V. 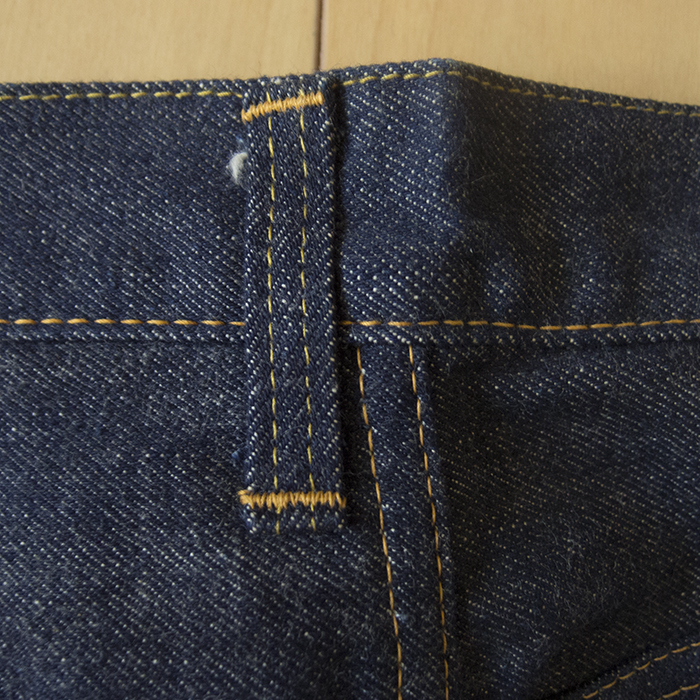 Offset belt loop, that has been staggered from the center seam. 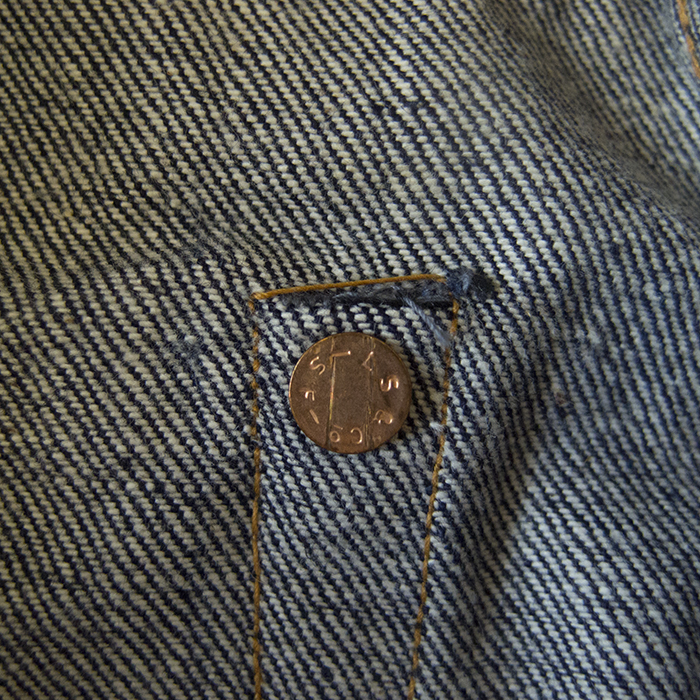 There is no engraving on the back of the rivet. Made of copper-plated iron with a magnet.

It seems to be made of plated iron because of the magnet. The engraving of the letters is also clear. V-stitching at the end of the waist belt.

The 503BXX, which is a leather patch, has only 3 buttons including the top button, but there is one more button.

Made of plated iron, just like the top button. The left line of the "R" is a long "foot-long R" unlike the one of the leather patch single-sided tab period.

Marked with an "E". The stitching on the waist belt is a single stitch. 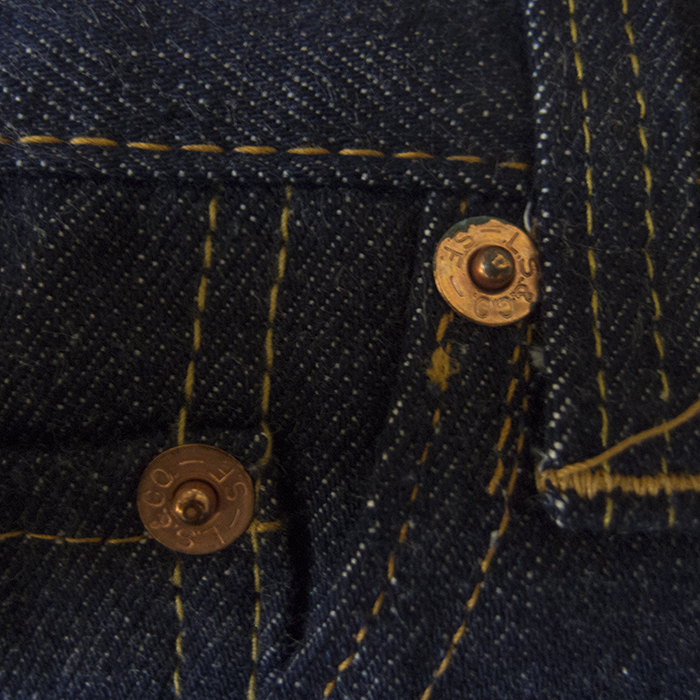 It is likely to be made of copper-plated iron as it has a magnet. It's already getting rusty from all around. 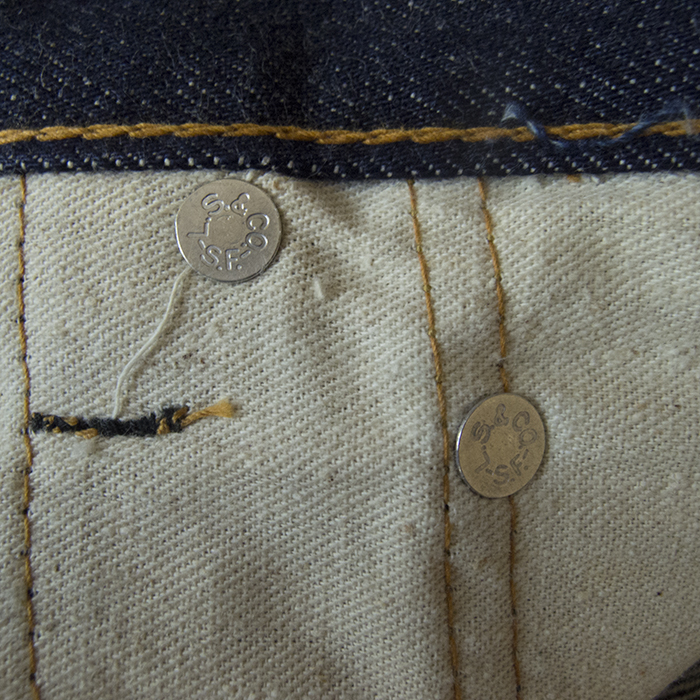 It is replaced by aluminum instead of copper-plated iron (which was used in the paper patch with "EVERY GARMENT GUARANTEED" period). 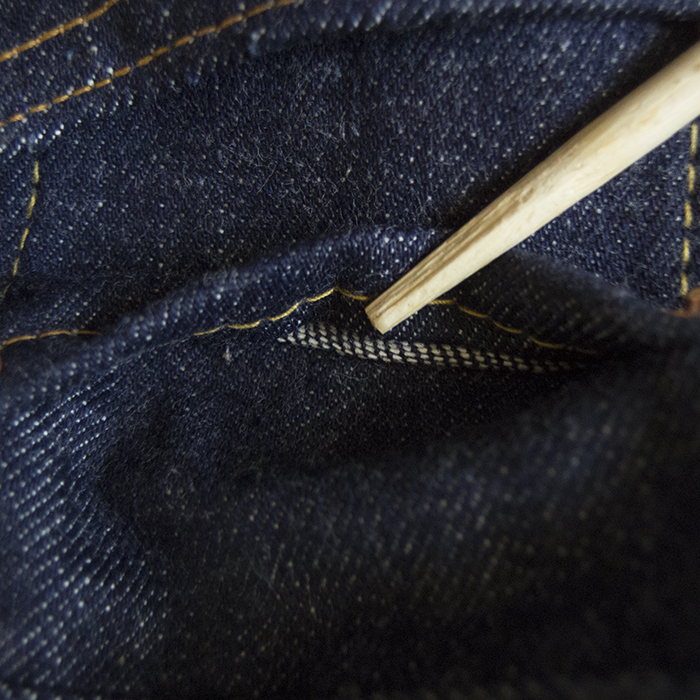 The fabric is used vertically, so the ears do not appear. The back is stitched with a single stitch. 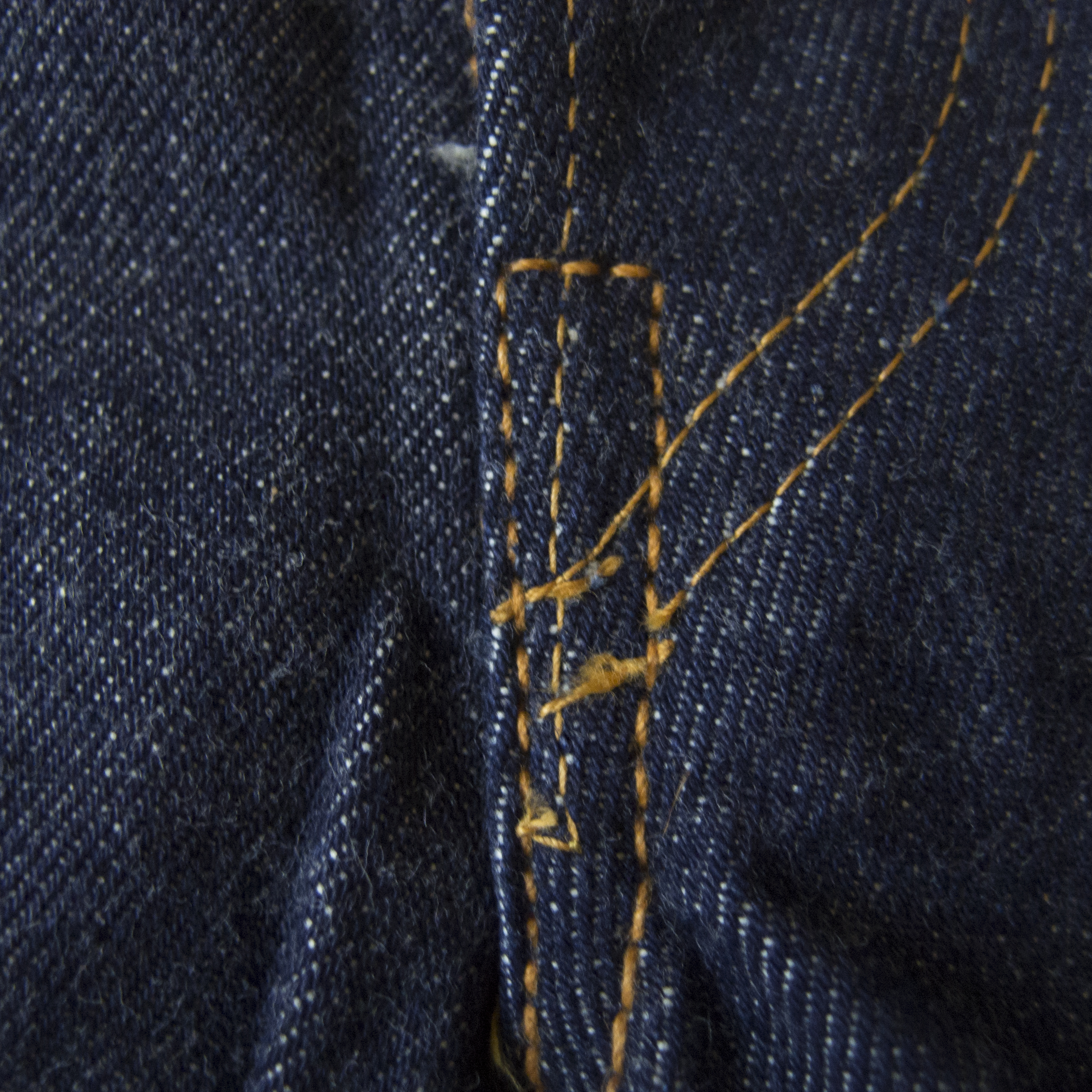 Only reverse U-shaped reinforcement and no bar tack.This is one of the characteristics of the XX, which is used to distinguish it from the Big E. 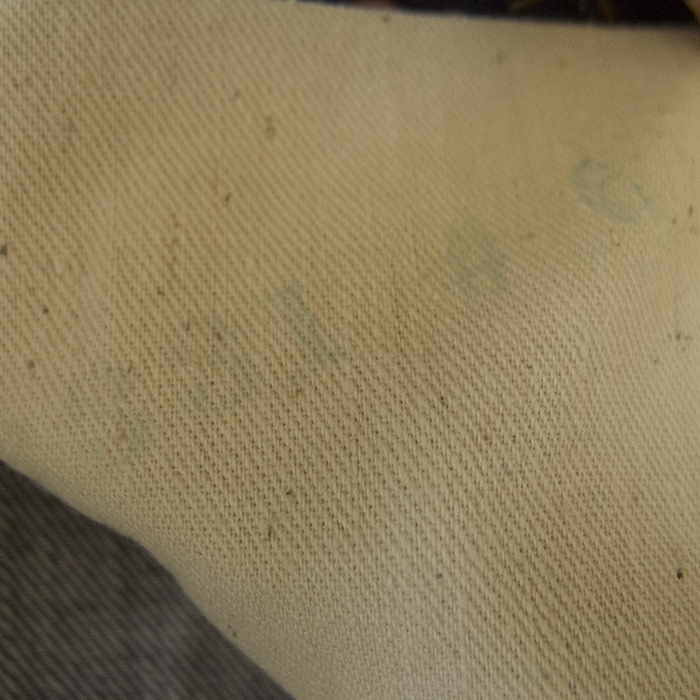 The blue-green stamp is faintly visible, but what it says is not discernible. 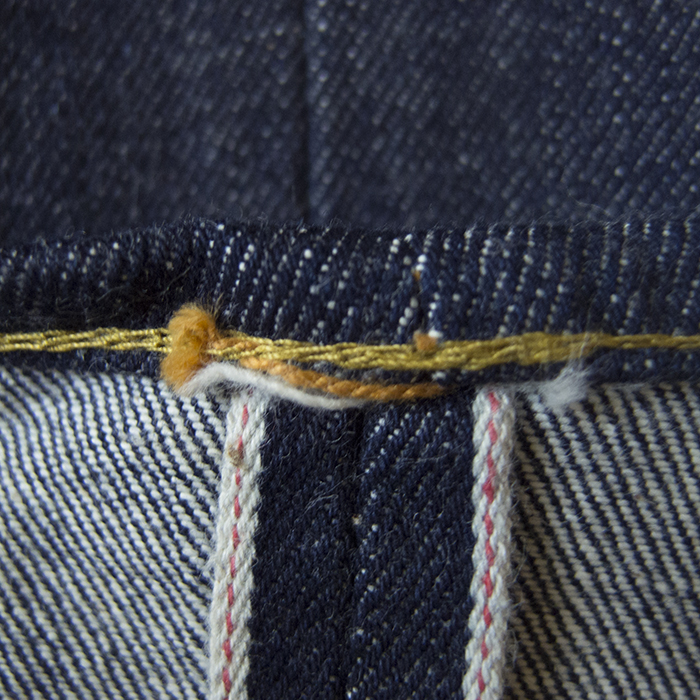 Selvedges with a distinct red line. Most of the orange stitching is used throughout, but the hem is yellow stitching on both the upper and lower threads. The stitching, which is a quirk of the Union Special, has come out quite a bit, and it is expected that the hem will undulate quite a bit if washed. 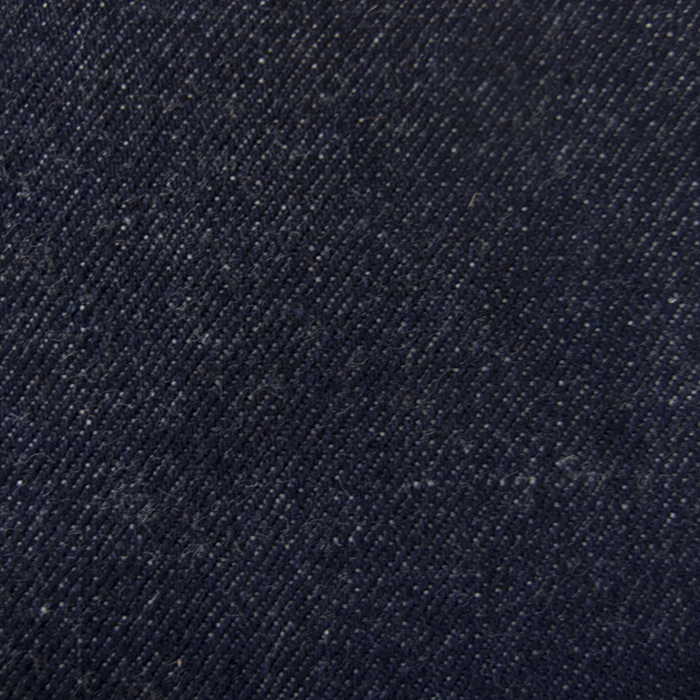 Even in the glued condition, it appears slightly reddish in the light. I think the reddish color of the fabric from this time to Big E is relatively noticeable when the color is dark.