The 1000XX is made of deadstock blue fabric released by WAREHOUSE in the fall of 2020.According to the manufacturer's website, the 1000XX is based on the so-called 1946 Levi's 501XX model which had thick belt loops, long side stitching, cut-off crotch wings, and other details. 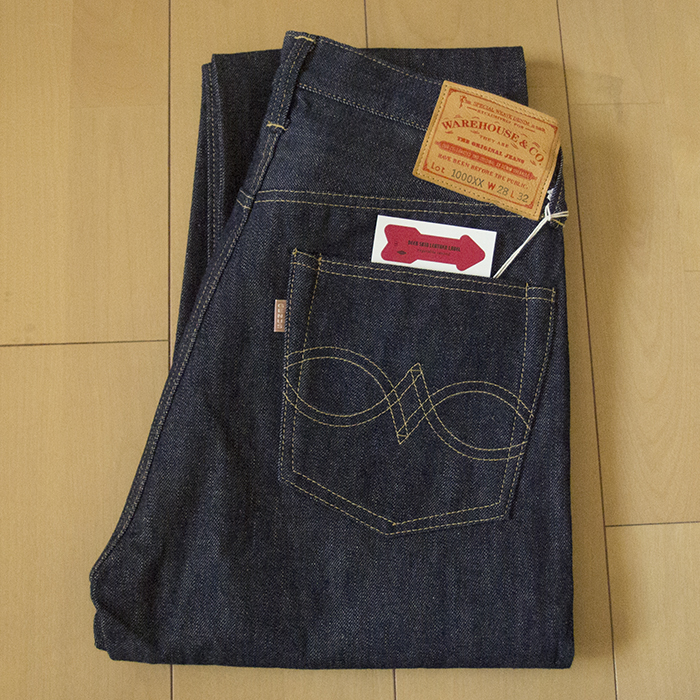 It does not have a flasher, but instead has a sticker showing the detail features. 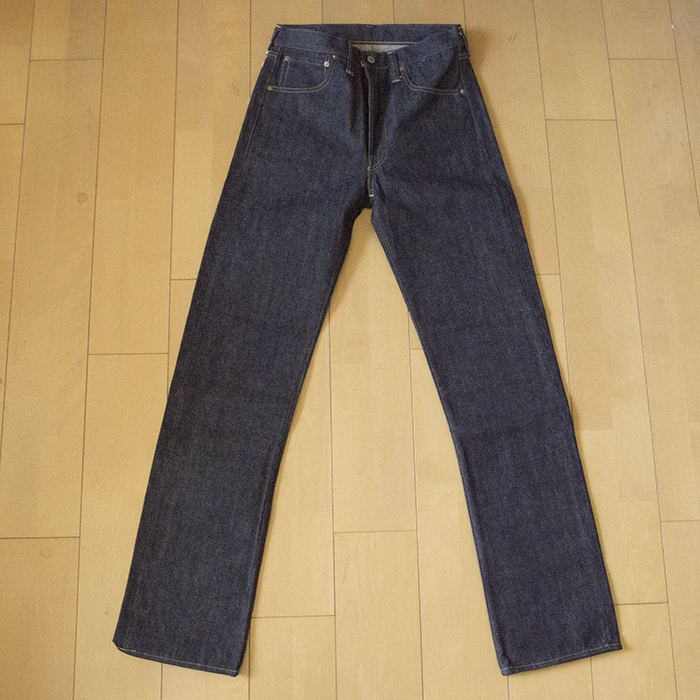 The silhouette is straight and not tapered from the knees down. 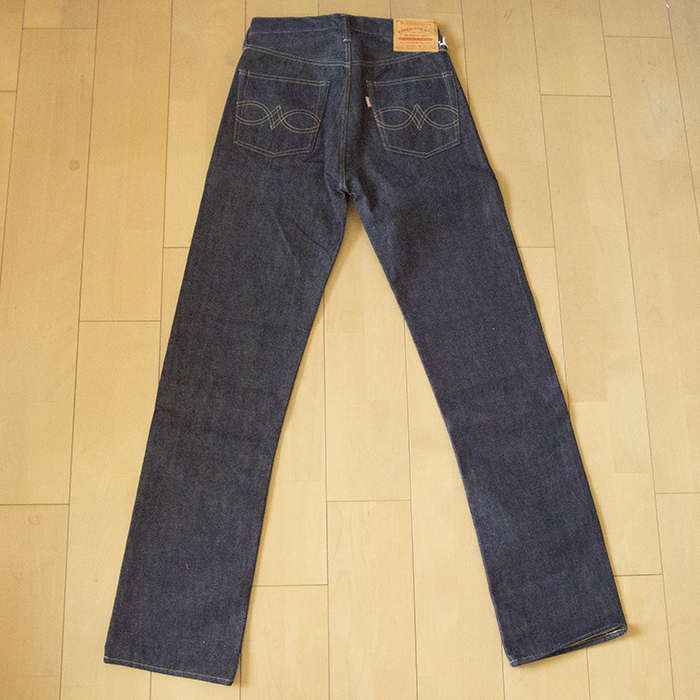 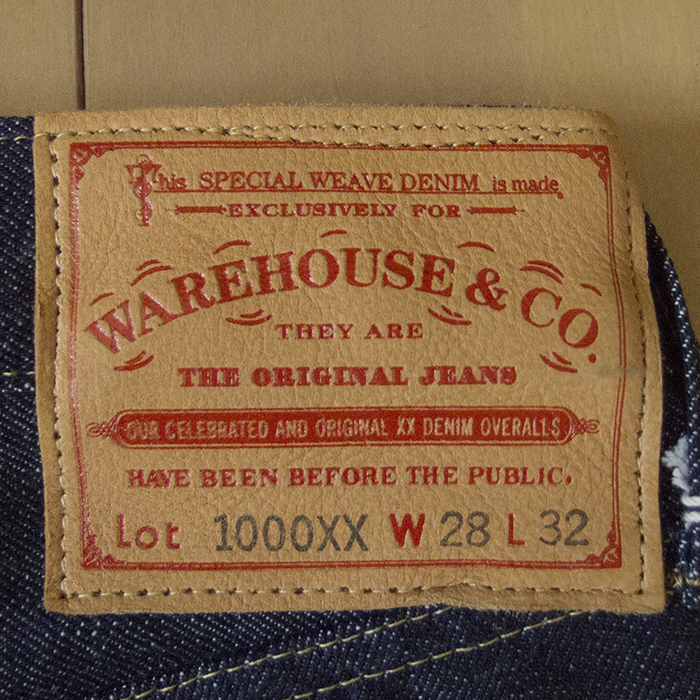 The later sticker is a patch that says deerskin. 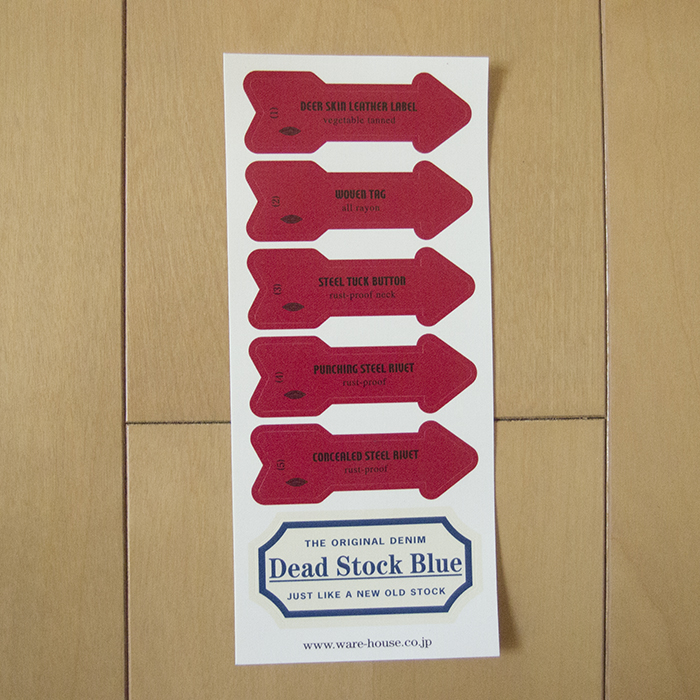 A deerskin patch, rayon tabs, and other details are included with a sticker that describes the features of each detail. 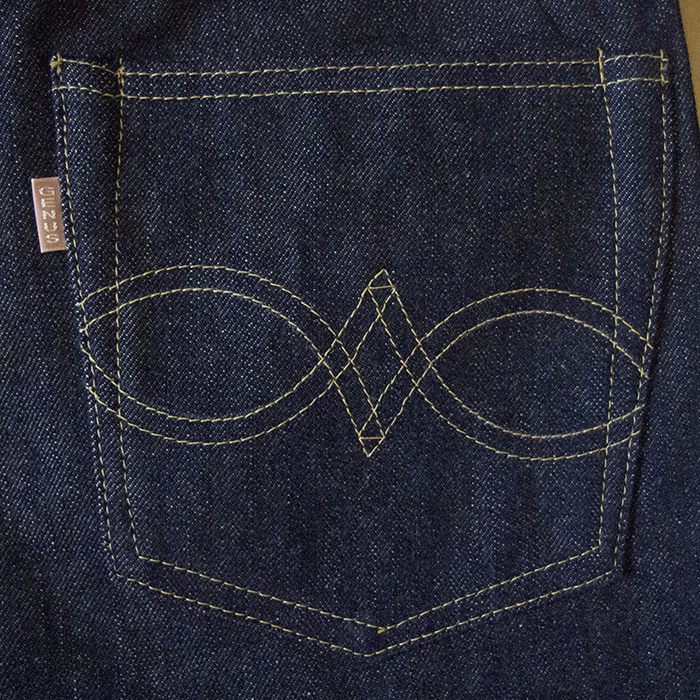 Stitching on the back pockets using a combination of arcuate and reverse arcuate stitching. The stitching around the pockets is slightly messy, which is probably intentional. 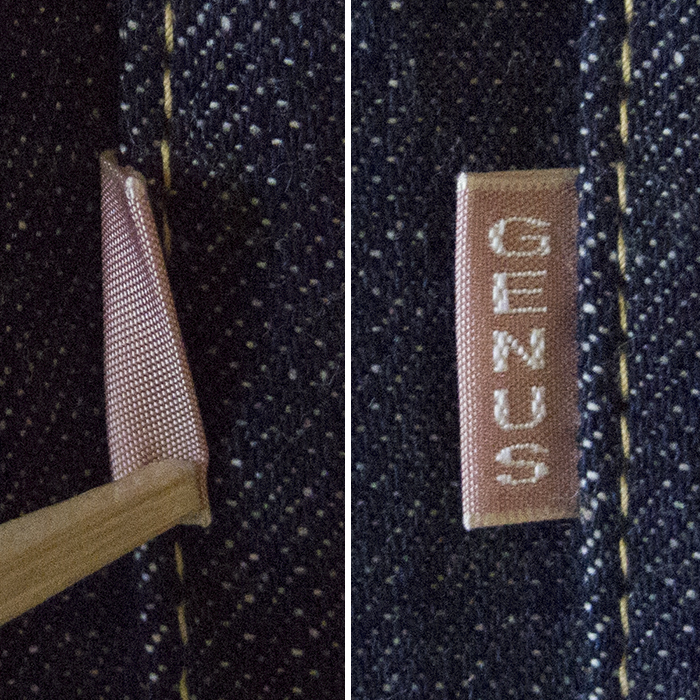 The so-called faded tab on the left side of the right back pocket. This may have been an idea because red tabs could not be added due to trademark issues. 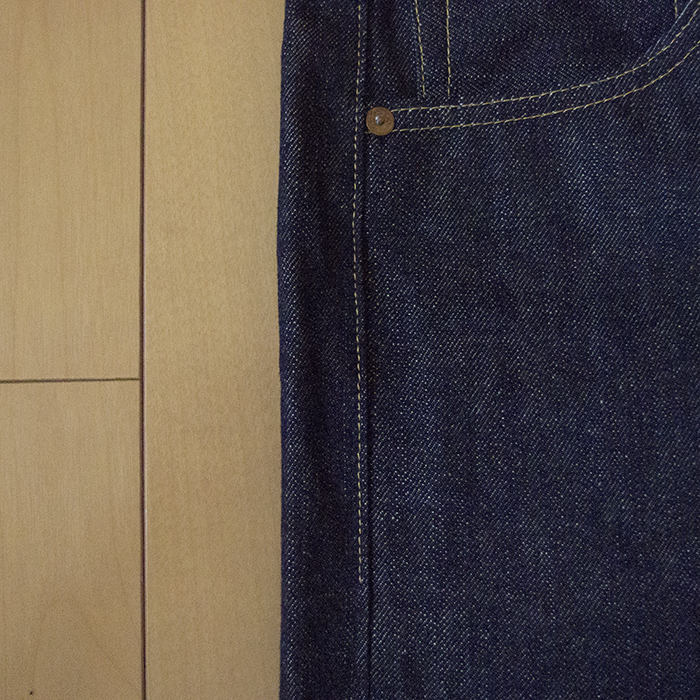 The side stitching is long because of the motif of the early Levi's with one side tab. 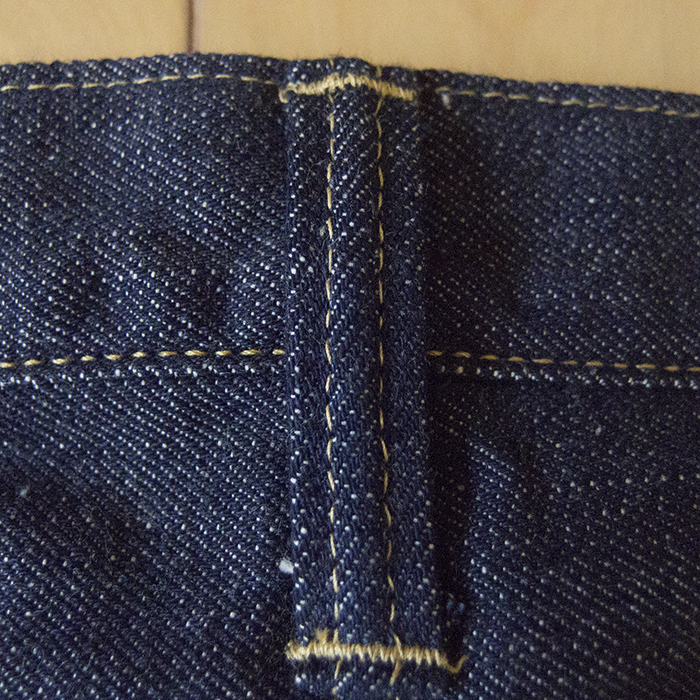 One side tabs are thicker (14mm), and the middle part is raised. The middle part is heaped up, which is a detail seen on vintage Levi's at that time, but it is much more emphasized than the vintage one. 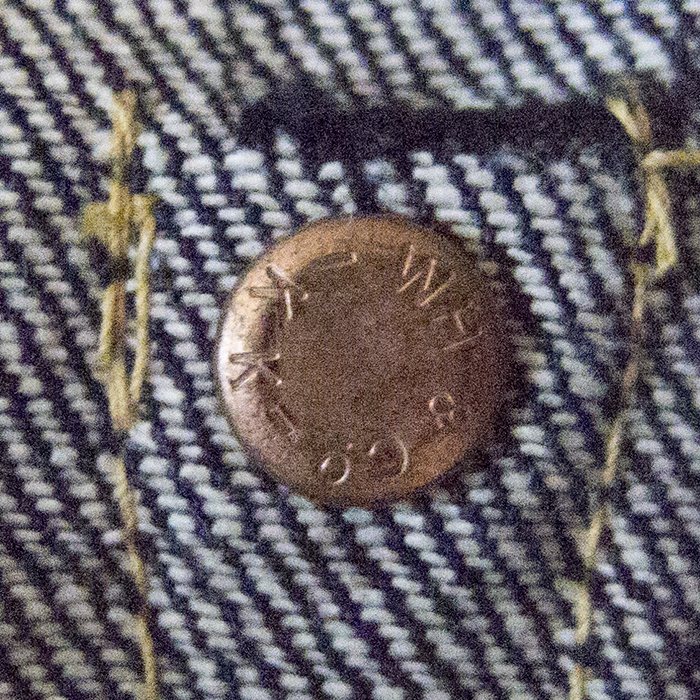 It seems to be made of plated iron because of the magnet attached to it. The color is not as white as the top button on the single-sided tab, but is slightly more silvery. The neck is made of copper, although it is not clear from the photo.

Including the top button, there are four buttons. A 28-inch single-sided tab, the same as the one shown here, would have three, but I suppose this was done to meet the needs of users.

The top button and texture are the same.

There is no engraving on the back of the button. V-shaped stitching next to the button. The tabs are domed, as seen in the single-sided tabs of the Great War and early years. 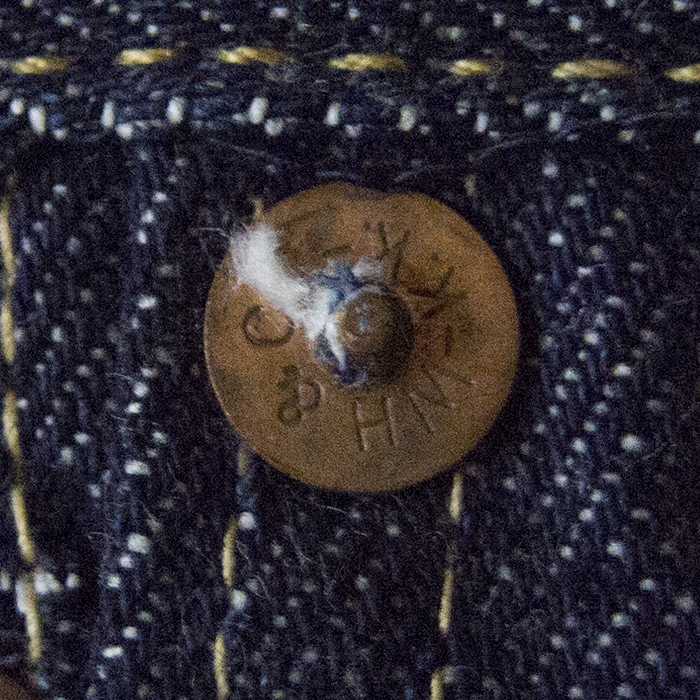 The rivets are stamped with "WH & CO KK" as well as the hidden rivets. As shown on the sticker, the rivets are made of iron (copper-plated), so they react to magnets. 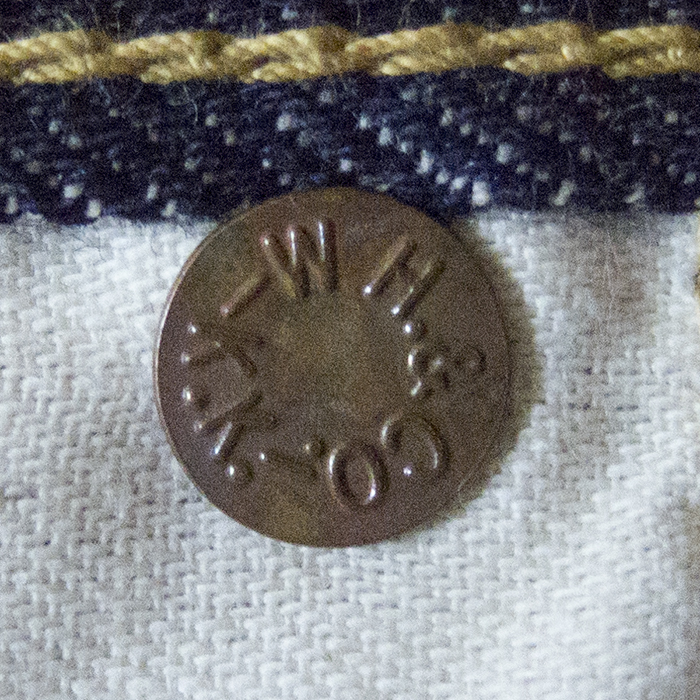 The back side also reacts to the magnet, indicating that it is made of iron. 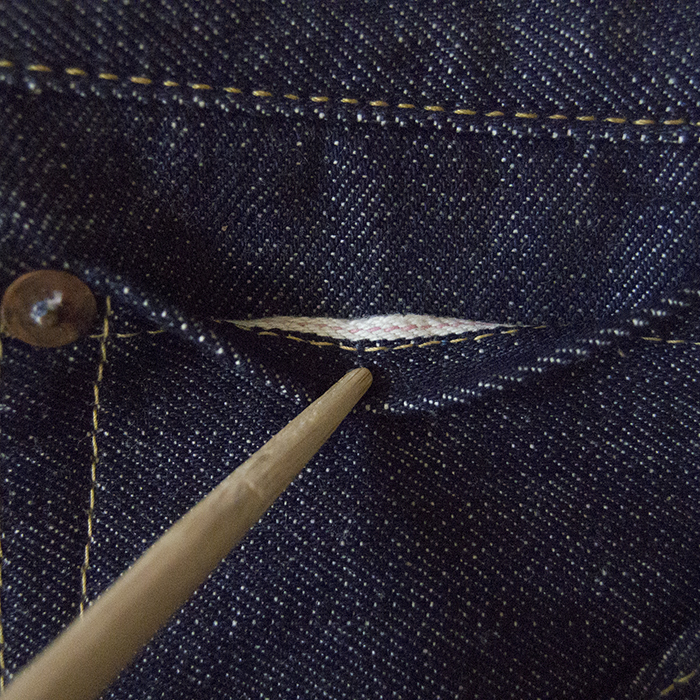 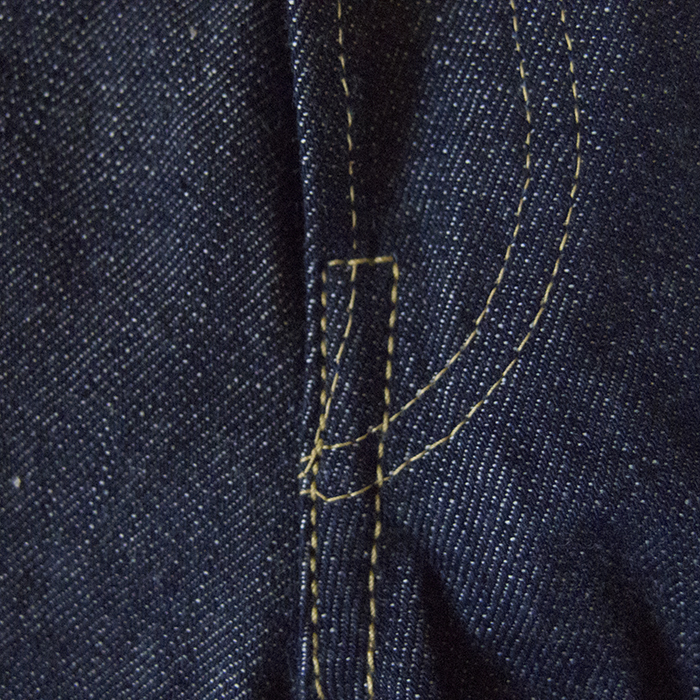 There is no cane pin, only an inverted U-shaped reinforcement. The thickness of the thread is the same as that of the vintage of the same era.

Back side of the crotch part. In keeping with the transitional detail between the Great War model and the single-sided tab, the lower edge is treated with a cutout. 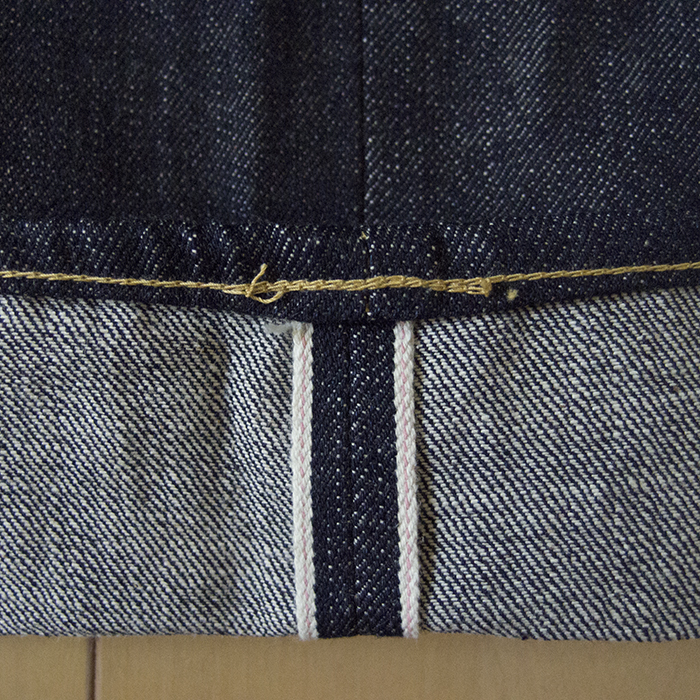 The ears have been reproduced with faded red ears. The hem is yellow stitched on both the upper and lower threads, following the so-called all-yellow single-sided tab. 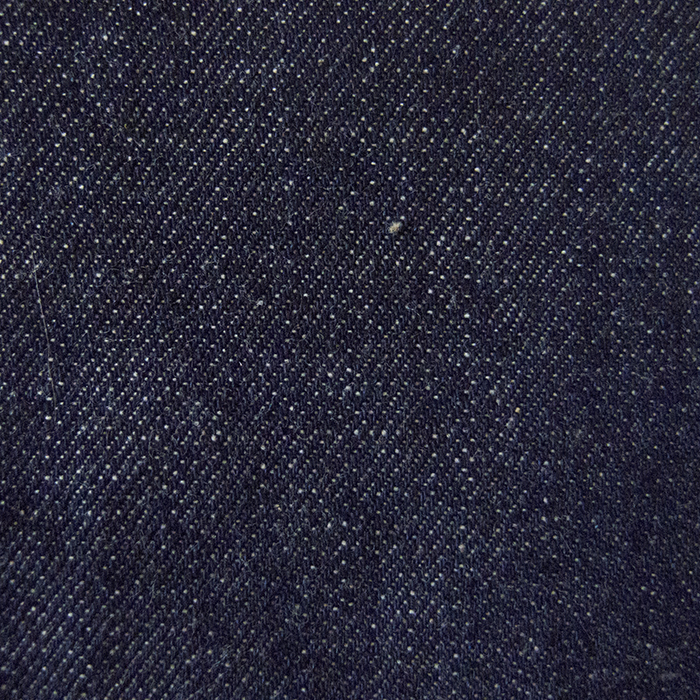 The color is a bit grayish, and the color is quite dark. The slub feeling is quite strong and quite sparse, and it seems to have a unique texture rather than being close to vintage. On the other hand, there is not much nep.